I don’t think I’ve referenced this here yet, but for approximately a month Twitter has censored search results for any tweets containing this blog’s url, as well as any of my tweets containing a hashtag. Soon after discovering this, I tweeted Support about the url and hashtag searches separately and filled out a couple of service/complaint tickets on their website, just to stay in shape. So while I haven’t been banned, good luck finding any of my content if you aren’t following me or going directly to my Twitter profile and then scrolling through my tweets. I’ve tweeted new blog posts multiple times over the past month, yet this is what a search for the blog’s url turns up: 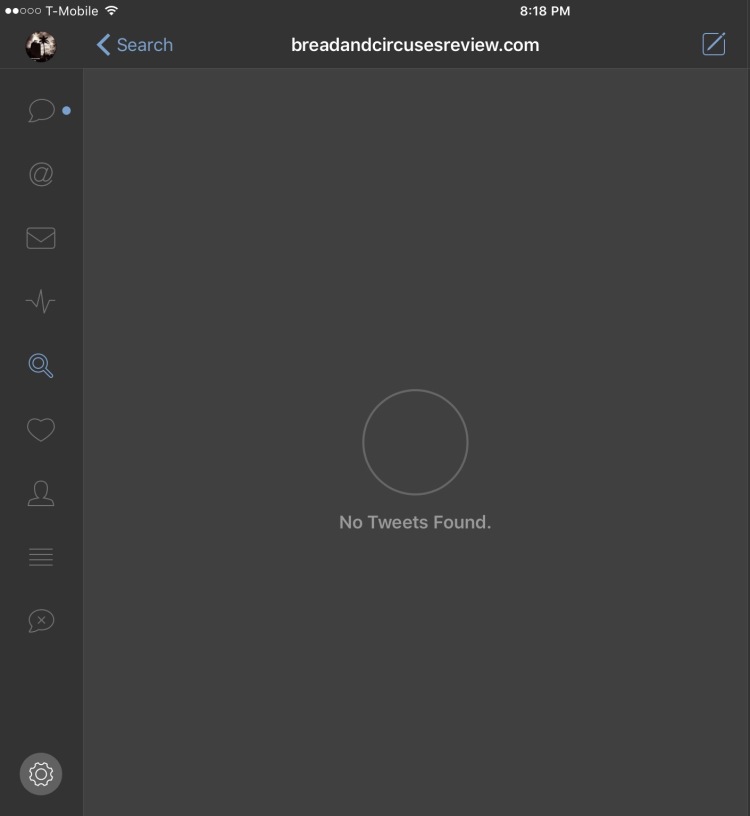 Curious, no? Then yesterday, I’m sorting through all the stories about Twitter’s newest performance of combatting abuse and read this:

Twitter also said Tuesday that it is creating a “safe search” feature that removes tweets with potentially sensitive content and tweets from blocked and muted accounts from search results. The tweets will still exist on Twitter if people look for them, but won’t appear in general search results.

So these tweets with “potentially sensitive content,” whatever that is and whoever decides it as such, are still there, but only if you know exactly where to look. Sounds familiar. While this could be a useful tool to combat abuse, it’s also a great way for Twitter to silence any tech criticism outside its influence, while also shielding the reputation of police, and the state, by censoring SFPD-related content from the SFPD hashtag.

Twitter has never cared about ending abuse of its users, nor does it care now. The only function of the company’s “safe search” is to make the platform safe for the reputation of Silicon Valley and its current allies. At a time when Silicon Valley and Sand Hill Road are performing so much altruism around Trump’s immigration ban, don’t forget how often they show us who they really are.